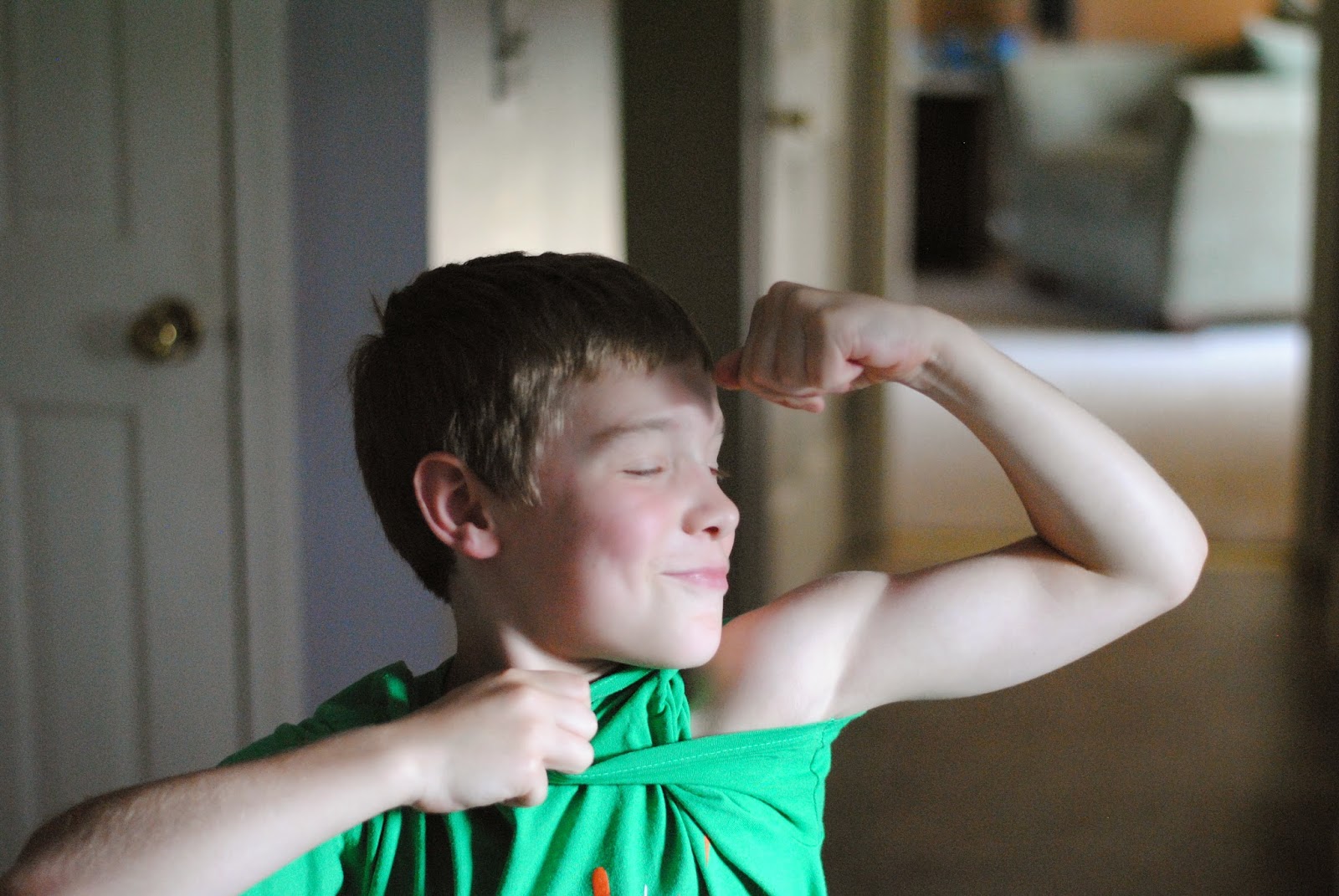 It feels easier to keep all the feelings to myself.

Stuffing my thoughts in my journal or reserving them for the book that I might never actually finish or publish seems like the more comfortable thing to do. It's less risky of being perceived as prideful or lookatmeish. Posting on Facebook or on my blog is so forward and I imagine a big red arrow flashing: Look at Me!

Yet, I think there's something that needs to be said.

I know I'm a hot mess and that I can be overly dramatic, overly sensitive, and overly self-conscious. I can tend to make much ado about nothing and worry over imagined things versus real things. In my attempt to not make messes, I create bigger ones. Still, I know that I am not alone.

Here we are, nearly 11 years since our first son was born, and we're expecting another. The guy at the furniture store yesterday asked us point blank why we would do such a thing. "Why start all over again?" I joke with people about it and eye roll, claiming that this came as a surprise when it's something that we actually hoped for. We actually chose not to have our children close in age.

I've waited for so many years to see this dream come true of having two children. Around the time our son was two years old I began asking when we could try for another and for seven years I continued to ask that question, begging and cajoling and trying to be good-enough.

Eventually, I learned what surrender is about and made the hard choice to let it go. I stopped asking and started considering that maybe having two children wouldn't be a part of our story. I started to be okay with our life as it is.

Without realizing it, even though I was experiencing contentment, a twinge of bitterness took root in my heart. I so much imagined our family as being just the three of us that I actually closed off my heart to having another, so bitter about the waiting and the faith-living.

I wish that I could say that I was willing for anything since I said those words so many times, yet the truth is that I really hadn't arrived at that place of willingness. Sure, there were moments when I was more willing and it felt as though I was genuinely open to whatever plan God had for us. And sure, there was a lot of progress that was made in my walled-up heart that allowed me to consider that perhaps my dreams weren't His dreams. Still, I didn't arrive in the ways I wish I did.

When we found out that we were expecting my dream of a second child, I reeled back as if the thought were a hot stove that I couldn't touch or I would get burned. It took me several months of living anxious to realize that I had been living as if I was swimming in a pool and suddenly gasped for air, panic-stricken.

I was so aware of my fear that we would lose this baby, or that maybe it wasn't about the baby and there was something that I needed to learn in the process and losing the baby would be a necessary part of my story. I momentarily forgot about the vision I had two years prior that our kids would be exactly 10 years apart and how I was actually excited to be an older mother with the experience of having a different kind of story.

There were so many people who I shared our news with so early and I wanted to limit their happiness for us. I didn't want to face them if we lost this joy. I feared pity and misunderstanding because no one fully knew the journey I had lived and even those who stood on the periphery of our story had limitations to their connection with me.

I did a pretty good job at erecting boundaries that were more reflective of brick walls designed to keep me safe. I have kept people at an arms distance away to reduce any risk of hurt or disappointment. I imagine that maybe people don't really care that much and they're just being nice. I hear people say they're so busy all the time and I feel like I'm a nuisance or an inconvenience when I try to get together with them. At the same time, I don't make accommodations for people a lot of the time and let "busy" be my excuse to dodge relationships.

I want people to know that I am happy to see them and be around them, though I don't really want them to get too close. I'm not sure what my actions actually communicate and a part of me is really too afraid to know the truth. I wish I wasn't this way, yet it scares the bejeebers out of me to even think of being any different. It's just so much easier in a lot of ways to keep up this charade, though I know that it really isn't.

When friends ask if anyone is throwing us a shower for this new baby a part of me is delighted at their kindness, while the other part of me wants to shirk into my shell and say that I don't need that, I can do it on my own thankyouverymuch . . . besides, who has baby showers for the second child ( . . . even if it is 11 years later . . . )?

I hear myself mumble to myself, "I'm an adult now and capable of buying my own baby gear." I hear my own self defending my life, prideful that I am doing things "right" now and that I don't need anyone.

I hear these words and I remember how I want this time to be different. I want to enjoy and notice and soak up the moments. I want to receive any help and any happiness anyone might have to offer. It won't be perfect and I am careful not to romanticize this experience, but I so much want to receive all of it -- as it is -- instead of trying to do everything right all the time.

When our first son was born I didn't make any accommodations for how my life would change. I didn't make adjustments at work to peel back even a little bit. I focused on work and how-to-be-a-good-mother with such an intense laser focus. I don't remember actually feeling anything, I was so head-down driven to do and be all things. I had a lot of growing up to do, for sure.

Now, there is a different way of living that my journey has led me to receive. I am more willing to accept my weaknesses and my strengths as they are. I am less prone to try-hard to be all things and more apt to enjoy the moments. Even though I still have so much more to go in my learning to live a life that is reflective of rest, I enjoy so much more about life than I ever have before.

The wife of a very good friend of ours has offered to throw me a shower for this baby and I responded to her with, "Who would even come? . . . They're all so busy . . . " I think about how I've shut them all out anyway, and wonder who would even want to come. I feel silly and awkward and embarrassed.

My heart knows that the years in between my first son and this pregnancy isn't about the baby, just as I know that a baby shower isn't about the gifts or even the people. I'm learning to live open, to loose my wants and dreams and all my comfort-strappings. I'm learning that though I don't "need" the people, maybe there is a gift in being with them and even for them in being with me.

I recently realized that I am not as introverted as I once classified myself as being. I discovered that being around people actually gives me energy. Even watching people interact with each other is enough for me. I need people. It is fear of doing life wrong, or of being perceived as too much that has kept me back and alone.

Why don't I slide open my glass door and sit among the people who I really want to be with? Why don't I invite them in? Why do I continue to make it appear that I am too busy for them when really all I do is sit on my couch and think about how I need people?

It feels easier to just watch the world from inside behind the comfort of my own windows. It seems easier than risking any rejection or worrying how they might really feel or what they might really think. But the truth is that it isn't. And I finally know it.

I can hardly even remember all the people I'm "friends" with who live near me. I don't even know who my people are because it's the local, in real life people who I've been most ashamed to be me around and who I dodge and duck and cover to hide from. A part of me wants to post on Facebook, "Who would come?" Names start raveling into my thoughts: Jen, Erin, Lauren, Molly, Joan, Trish, Erica, Mari, Debbie, Kristen, Theresa . . . Would they come? And then I think about the people I work with and how I too often categorize them as only my 8:30-4:30 people . . .

Boy-Man tells me to say "Yes!" if anyone wants to throw us a party. As scary as it is, I think maybe his bold confident acceptance of kindness is what it means to be strong. Maybe it's time to open the sashes and doors and to step out in big, brave courage without smiling and waving in genuine happiness only to quickly put my head down in fear. It's time to celebrate relationships and to risk what is real.

Who is with me? Who can remind me that I am not alone while reaching for my hand and receive the gift of relationship?