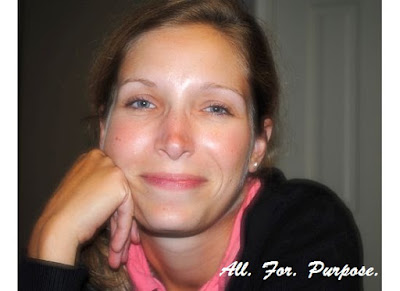 When I don't feel a part of the crowd, I often feel less than.

I've thought that if I have grey and white hair, signs of age, then maybe I'll fit in.

Maybe if I look older, then I'll be taken seriously.

In a world of imperfect humans, I'm never going to fit in exactly as I'd like to think I could or should.

Sometimes in family there isn't always a comfortable place to rest.

Sometimes there is exhaustion and hard core work.

Sometimes there is rejection.

I have lived a story of separation from a person who I didn't think I should be separated from.

The man for who I carry half his genes seemed to give up on me.

There are occasions when a note indicating he hasn't forgotten me is randomly sprinkled here and there.
But otherwise, I feel second to his new life.

When I think back to the same age I was when he first became a father, I have a bit more understanding for how he might have felt as we both grew.

Empathy bubbles up for how he might have felt in surrendering me to my mother after a hard fought battle of the wills.

I wasn't even his age when I became a parent. And I didn't even give that child a life.

Memories of times with my father remain in my mind. We've laughed together and as a child I spent a lot of time with him.

I don't remember many serious conversations with my father. If we weren't laughing or having fun doing something together, the space between us felt awkward.

As painful as my days were, one thing I don't remember much of is feeling rejected.

If I were to focus on the facts, it could be possible for me to garner such thoughts. Mostly I've been protected from that dark cavernous place.

Confusion was in play and still remains.

I often feel edgy about what to say and do, often feeling as though fault has been placed on me for the way my relationship with my father has been and is today.

I've felt the weight of responsibility that I am certain I don't own. The stress of that weight has aged my spirit.

The way I parent has been with a fierceness, determined to be more to my son. I adore him and tell him as much.
I speak truth-telling words to him every day with hope that they are life-giving ones.

It took me years to believe who I am.

It was only my Father who finally got through when my father seemed to fail me.

God has used it to draw me to Him and learn about love, acceptance, and truth.

I see beauty in places where darkness resides.

I have hope where Polly-anna is often despised.

I overlook any thoughts of rejection and see Purpose. Goodness.

I have adopted an attitude of It's okay-ness.

When he doesn't respond or they don't include me in their mommy groups, I am still accepted.

Choosing this perspective frees me from imprisonment and gives me *life*.

This is my worship.