a reason to trust

The beauty that comes is astounding.

His heart was grieving the sudden and inexplicable disappearance of his daughter. Several people gathered at a church to offer a hand. The church became a headquarters of sort.

One man, among others, recalls his anxiety in meeting the father:

Because, how can you possibly know what to say when you stand in front of a man who is grieving the mysterious vanish of his daughter?

What is there to give or offer that will be received with belief?

But the father did believe the man was sincere.

The man extended his hand and the father gave thanks to the man for being there.

Recalling his choice to be there for that father, the man shared how it spurred a bond that 14 years later isn't broken:

Two years after Sara's disappearance, together with five other men, we rode our bicycles for 12-days in order to raise awareness about the plight of missing children and to bring a message of safety to the people we met along the way. We arrived on the steps of the Washington Capitol on the first National Missing Children's Day.

The father declared that if just one child's life could be spared because of this journey, then success would be declared.

One idea has evolved into five, 100-mile Ride's with 400 riders at each one. Thousands of people come together to remember and signal Hope.

What started as a mission two years after the shock and horror of a missing girl, has become a legacy.

All because a father looked beyond his own grief and thought of others.

Financial gifts are given that make a difference in the recovery of missing children all across the country. Futures are spared. Stories of hope are shared. Children are made safer.

Word has spread and now several different states are organizing the same--a Ride for Missing Children.

There is value in our choices. And the value is exponential.

I saw heartbreak in the darkest days of a family's life. Houses everywhere displayed posters of the missing girl. I'll never forget how a community came together and awareness was given that we aren't always safe.

Fourteen years later I see the beauty that has canvased this story.

My groom and I prepare for our own involvement. This Friday we will mount our bikes for 100 miles with 400 riders, two-by-two. Our own child readies himself with pride. Because, it's not about the bike. 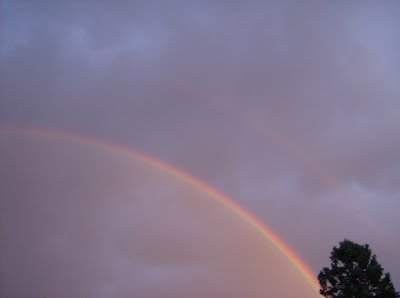 It's about trusting in the beauty that lies beneath the surface and behind the storm clouds of life.

We would not be doing what we're about to do if it weren't for the thief.

A girl's story of abduction.
A family's heartache.
A man's offer to help.
An idea ignited.

Thousands of stories have been influenced because of these choices. One horrid. Others amazing.

It's hard to trust in the reasons why bad things happen.

We shout and stomp and even get tempted to denounce God's existence.

But, when beauty becomes evident across a dark canvas, we can no longer question. We worship.