on holding onto hope 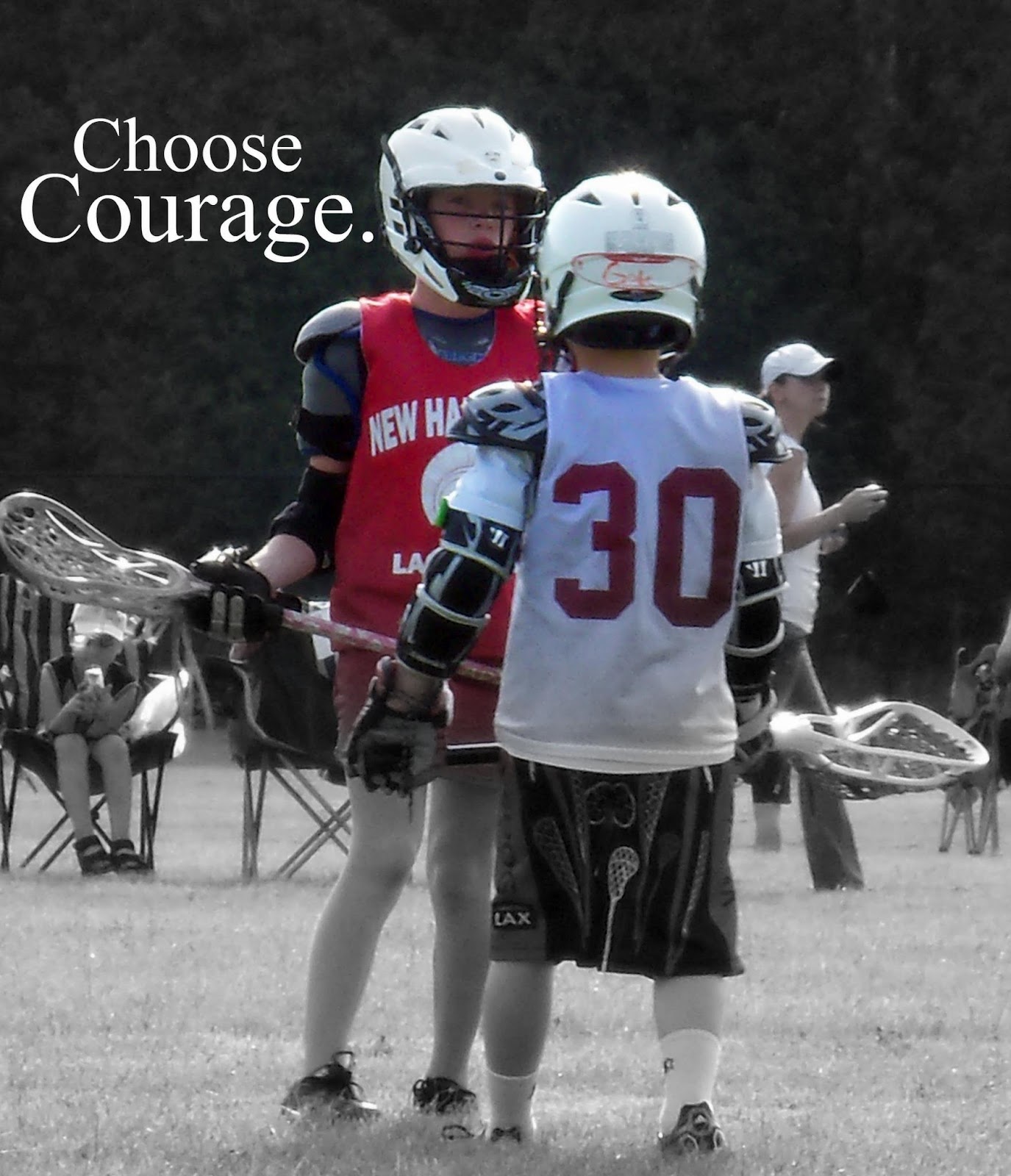 The Boy-Man is identifying with his father more and more these days.

It hurts me to watch this process of his growing up. Boys are supposed to need their momma's. (And does he think I don't notice that he's been trying out calling me simply, Mom?)

Deep in my heart I know this growing up and apart is good, so very good. It's a moving from being dependent to inter-- and in--dependent.

For this child, I see inter-dependence in action as he is attentive about the needs of other people within our family and the world around him, versus being exclusively focused on his own gain. He's learning valuable executive function skills, while also being incredibly connected to others.

The Boy has a different view than a lot of his peers about most everything, which might be why he sometimes doesn't seem to fit well. I'm okay with this more than I used to be as I've been deliberately trying to fixate on more of his heart and less of his habits.

I've worried that The Boy-Man won't be able to survive on his own as I've cleaned up his crumbs and reminded him time after time to use a napkin, yet that fear is ever more loosed as I watch him increasingly resist my accolades and instruct me on exactly how to grocery shop since his dad and he usually are the ones to do the job. The Boy tends to care more about speech intonations than whether he can replace the sheets on his bed. Yet, I can count on him to give me the lo-down on the morning news, reminding me to pause and consider the world beyond my own.

My groom is a good model to learn from when it comes to both inter-- and in--dependence. He puts my needs and our son's needs ahead of his own, while also doing whatever he needs to do for himself. He's certainly not one of those men who don't know how to make up a grocery list or cook a meal. He makes connections between my quick kiss, hurried state of being and changing of my outfit, identifying nine times out of ten that I'm disappointed with my body or recent choices that I've made and therefore distance myself from him out of shame.

I watch and listen to the environment and tone in our home. The emphasis is more on others versus personal fulfillment and achievement, and being all lookatmeish as I can tend to be, I give credit to The Man (and ultimately, of course, to God).

Recently, I found myself expressing relief to my groom that I wasn't pregnant, even though we've been "trying" (in a loose whatever, yet hopeful kind of way). With some careful and gentle excavating of my heart, my groom was able to help me uncover that fear wants to hold back my hope . . . because it's just so overwhelmingly painful and risky to love.

Experiencing our son's maturing, now nearly a decade into life, I've wrestled with wondering what my place is within our family and most of all The Boy's life. I've wondered what my ultimate purpose is, forgetting that it changes with time.

I nursed our son and deliberately kept to a thoughtfully orchestrated schedule. I held him and sang to him. I read to him and wrote notes to him. I've whispered affirmation to him as he's laid his head on his pillow each night, praying over and with him. I've done so much more than this measly list, and yet I wonder what my role is now and what it will be as time presses on and he distances himself even more.

The memories I have of my relationships with my parents are thicker now that The Boy is older. Fear gets tangled up in my moments with him. I thought I was over all the hurt that I had growing up and it seems as though it's resurfacing all over again. A part of me wonders if it's just a matter of facing and accepting my story now that I'm at the age I'm at, but fear snarls at me and tempts me to jump ship so that I don't make the same mistakes . . . yet, how would leaving be any better?! I know I sound crazy and might even be half (or mostly) crazy, so I settle on one big jumbled thought:

My groom will likely have The Conversation with our son about what it means to be "A Man" in the pubescent sort of ways. He's the one who coaches him with his sports. And he's the one who teaches him about everything else, including all his academics. My groom will teach The Boy how to balance a checkbook and pay the bills. And he'll be the one to teach him to drive. I often pray, Please Lord don't let him die young! because I'm just so afraid of messing it up.

My groom is the teacher and I'm the nurturer. Though we both flip-flop our roles on occasion, and mostly it's like a dance, I try to remember not to be my groom and instead, to simply be me.

I am learning to make myself available to listen to the Boy-Man's stories. Even if I've heard them before or know what he's about to say, I am learning to be interested in what he has to say. I'm learning to be a sounding board for him and to give him an opportunity to practice knowing something and presenting his ideas and thoughts.

The Boy is slipping away from me little-by-little. He stands like a limp noodle when I give him a hug and wraps his arms around my neck with affection much less often, unless he thinks he can take me down in some aggressive and stealth, ninja-like way. He scolds me and keeps me accountable to doing things the right way. Yet, when we're in a store I notice that The Boy reaches for my hand and pats my bottom like his father does, gently wrapping his arm around me. He'll sit closer to me sometimes at night when we're watching a television show together and he sometimes pats my knee just as affectionately as his father.

It's a clunky time for me to know my role and I'm sure it's becoming increasingly wonky for The Boy. He notices things about me that he never noticed before and the whole idea of what he might be thinking scares me because he can be so quiet, yet so talkative at the same time.

There are books upon books that have tried to explain all that I see happening right in front of me, and there are millions upon millions of women who've gone before me and experienced the gradual growing-apart of a Boy-Man. Probably every single woman has questioned her place and role as her son has grown, so I can trust I'm not alone. When I dig deep, truth tells me that I will continue to have a meaningful role in The Boy-Man's life. Yet, I also know that growing always hurts. The truth isn't always enough to set a person free.

I still hold tight to a dream that we'll have another of our own someday, though all that I'm experiencing now sometimes makes me think that hope is too risky. In telling my groom that I was relieved to not be pregnant, what I really meant is that I'm relieved that I don't have to face the push-pull of relationship and the vulnerability of hope.

I forget that even though the moments won't last forever, it all matters.

I forget that my commitment to centering us around the table together for most every meal encourages conversation, enveloping The Boy into more than just a part of my day.

I forget that sharing my heart with him makes him actively involved in the moments of my life, teaching him about the grittiness of grace.

I forget that I also help to condition the environment in our home and that my expression of joy helps him to see moments as gifts.

I forget that the way I respond to my groom's affection is teaching The Boy how to be brave and to boldly love.

I forget that how I receive love teaches him about the sensitive nature of a woman's heart, preparing him to consider perspectives different from his and to slow himself enough to bolster a woman to be, as she is.

I forget that one prayer can make a profound impact, even long after it's spoken and remembered, and that it isn't my job to measure the worth of anything that has breath.

Truthfully, I really am relieved not to be pregnant with a second child right now. Sometimes even the risks in life are incredibly overwhelming to consider. My heart just doesn't have the space for more than what's right in front of me.

I still hope, but even that seems like too much. Nowadays I hope differently than I used to. The hope I have today is that I'm actively being prepared, each moment-by-moment, for the dreams my heart struggles to hold. My heart is constantly reshaping and growing into each new moment as it comes and I have to trust that God knows what's best for me and the world I'm a part of. 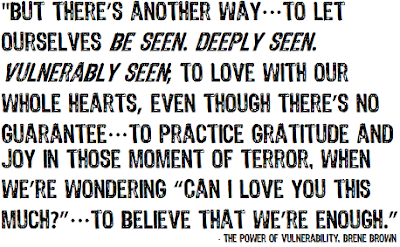