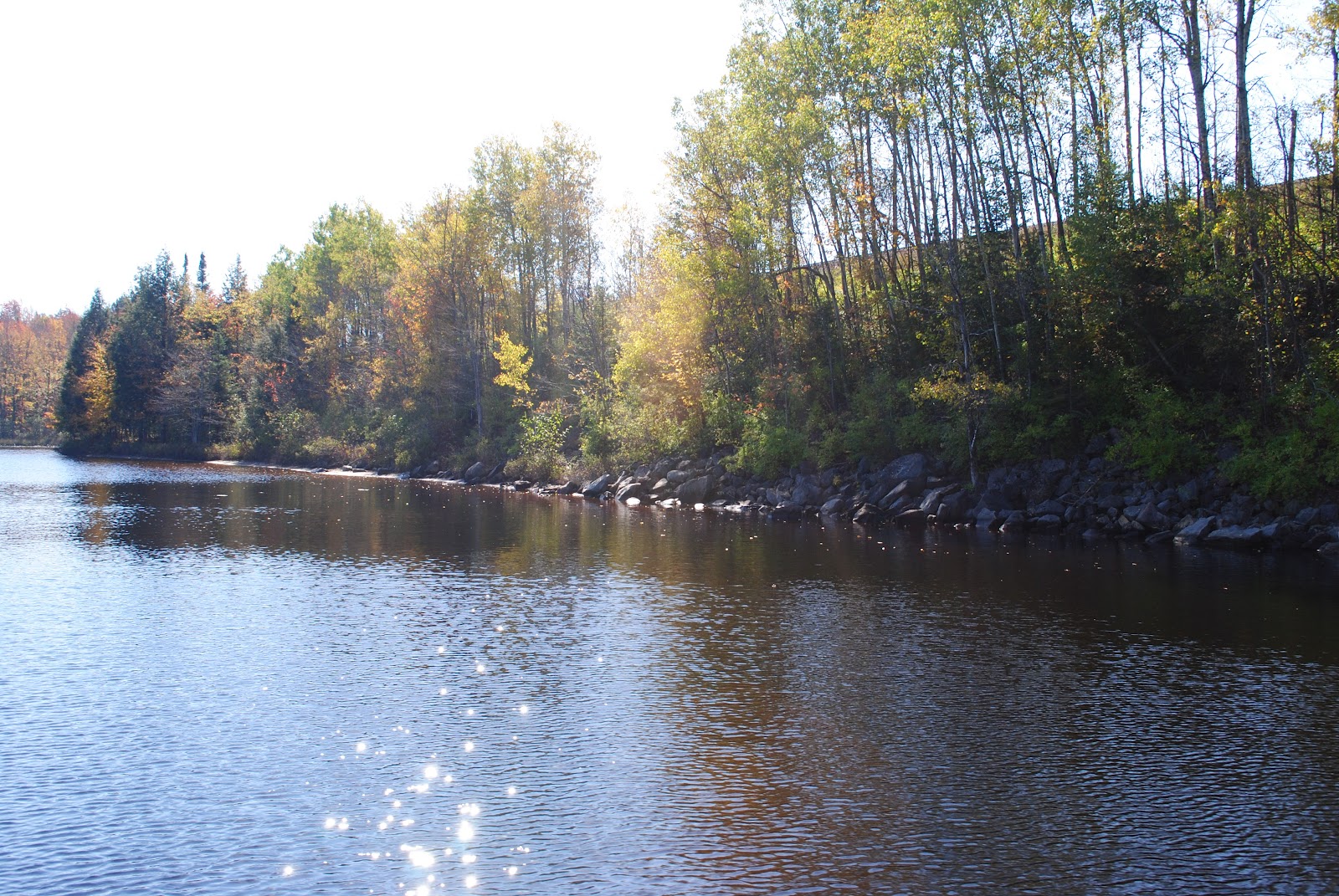 I confess that I've been too much and not enough at the same time.

I worried about this, knowing innately that something wasn't quite right, though not knowing exactly what or how to fix me.

The way I lived for so long (and might still have a tendency to sway toward) has been as an extremist. The kind who people look away from and talk about to other people. I've labeled my actions as passionate when really, I've been more than a tad over the top most of the time.

A heart can only take so much of this kind of living. Whether it's extreme happiness or extreme anger, living with such a level of intensity is too much for a soul to rest in peace.

Constantly flittering from one emotion to the next, I lived restless. To "abide" always seemed to me like "complacency" and that just didn't seem like the right thing that I or anyone should be. So I searched harder for what I thought I should be. I tried harder and harder to be who I thought I needed to be.

When I admit that I've lived like this, constantly wondering how I ought to live and to what, and where, and who my attention should be given, I realize that I sound crazy. Quite literally, I've felt it a lot of the time.

I tried all sorts of things to live differently and eventually realized that what I've missed is the "live" part.

A lot of the time I just wanted to die and I spent my life waiting and even hoping that I would. Just being me, as I am, has always felt so weak when I thought there's more I could be doing. And sure, I could, but there's always a cost.

I thought that if I could just be certain that the reason why I don't have the desires of my heart isn't because something is wrong with me . . . that it isn't my fault why certain things are the way they are . . . that I can fix me and everything else, even if it's true that I've done something, then . . . maybe then I can live . . . but what then?

Do I really think I'll have this peace-filled, joyous life more than I can have now?

To let things be goes beyond waiting. It ignores for a moment what might be or could be, and just let's what is to simply be. When I just sit back and let things be, there's a great sigh of relief from the intense pressure to perfect me, and you, and everyone.

Personally, I believe that God allows all things for purpose and even when something or someone appears so ugly that there doesn't seem like there's any hope at all. I believe there are immense possibilities for the beauty that will be made out of everything. I think of these fuzzy little stuffed animals that existed when I was young that we could turn inside out and they'd become a different creature.

I see life this way:

Transformable (also sometimes referred to as Redeemable)
Brimming with beauty (in spite of any apparent brokenness)
Hope-filled (even though . . . )

I've been so excited about so much in my life that I've wanted to share it with everyone.

That said, I confess that I have hardly considered what words I use that might trigger something in someone else and I have rarely exercised sound judgment. I've been reckless and abused my influence. I've spoken loudly and often, as if I'm on stage all lookatmeish.

I've assumed that I have a responsibility to preach people to conformity after I have been changed, myself . . . to take what I learn and turn it inside out for all the world to see.

Eyeglasses aren't meant to be shared.
The script that I have is unique to me.

I can't just toss my glasses to the next person and say:
Here, take these . . . look through these and you'll see!

It hurts my groom when I share details about him and our life with people. I used to be flummoxed about this, and nowadays I really appreciate the intimacy that we share when we keep others out.

I'm learning that I don't need to share every single thing with every single person, including my relationship with God. My experience as His daughter is unique.

To blabber about what my Father says about me and my life is a lot of the time boasting and bragging doesn't do a bit of good for anyone. I wouldn't do this with my siblings and I wouldn't want my children doing it among each other, either.

My relationship with God is personal and private; not secretive, per say, just not necessarily appropriate for public display. I'm living by faith and less by fear. I'm resting as I trust that what I know is enough.

There's a loosing happening in me.

My heart is saddened as I'm aware of how I've turned people off and quite possibly hurt them without knowing it; maybe even knowing it and not caring.

For many unique reasons, some people have a problem with me and have chosen to distance themselves from me.

I'm incredibly sad at this, heavy-hearted, and quite a bit embarrassed. But what keeps me from running away and hiding my face now is realizing that they knew things about me before I knew them about myself. What difference does it make to run away now? They have already done what they've needed to do since I couldn't see what needed to be done in me.

The people who have remained in my life are examples of how I am loved. They aren't any better than the people who have chosen a life with distance between us. Some might have better off if they did chose another way, though I am selfishly grateful for their choice to stay and maybe even suffer right along with me in their own unique way.

I don't want to imply that I have that much clout in people's lives, because I don't.

However . . . I know the influence people can make
and the ways that we sometimes toy with each others hearts,
as if we can just pull and tug however we want.

I've toyed with people and nearly destroyed so much, but thankfully God is so much bigger than me, and her, and him, and you, and all of us. I'm so grateful for this, even though I've resented that I wasn't chosen to be more than who I am.

Pride is a part of being a person. It's ugly and wretched. Yet, it's okay that we are because it reminds us who is God and plays a big role in keeping us all praying in our own way. God can handle our horridness; He really can.

. . . even though there's brokenness, and berating, and blaming,
and behavior that makes us feel like we'll never be enough.

Nothing we've done has gotten us to where we are at this very moment. It's a gift we've been given because we are loved by Someone far better than any of us will ever be.

You are enough.
As you are.

We all are enough.
As we are.

Our lives were weaved together for purpose that our being imperfect won't ever mess up.

This is our worship.

Linking with Bonnie.
Posted by arock4him at 11:41 AM

Email ThisBlogThis!Share to TwitterShare to FacebookShare to Pinterest
Labels: #RealWorship, as we are, grace, rest, trust, worship