when you open the door 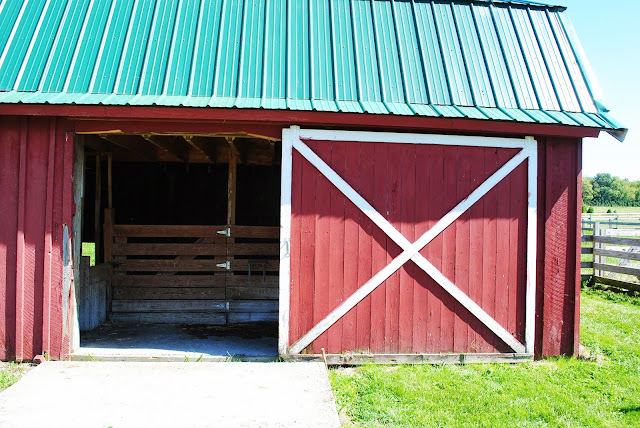 We hadn't seen each other in about six years.

In that time, we'd spoken over Skype once or twice. They were good conversations, meaty and rich with sweetness. Yet, still, the times we even corresponded were few.

His life this year has involved giving a daughter away in marriage and seeing her move on, something he didn't experience with his first and oldest -- me. I've thought about the strain of his recent experience contrasted with the one that he lacked and empathy has risen in my heart.

We haven't had the idyllic father-daughter relationship through the years.

He moved away when I was young and our time together became splintered. As I grew older, so did our relationship.

I wanted to know things and was too afraid to ask. When we were together I wanted the happy and fun to last, so I resisted "going there" in deep conversation with him. I didn't want to risk how talking about the heart could affect our time together, making it feel uncomfortable. Eventually, I'd ask a few questions and attempt to gain some color to the foggy parts of our story, only to be met with resistance.

Back and forth we'd trade accusations through the years, mostly by phone because I'm not sure we were ever brave enough to talk face-to-face. We both probably wanted to preserve the sweetness of what little time we had together, yet we both had words we so longed to be said.

In addition to his two other daughters besides me, he has an adopted son just a year younger than mine. It's crazy to think we're raising kids nearly the same age, both in the throes of raising tween-age boy-men. We share a similarity and a bond of understanding, more than just biologically speaking, even though our worlds are different.

While he lives and works in a third-world country, he's in the States for several months to connect with the people and organizations who financially support him. His schedule is exhausting to fathom -- driving miles and miles across the country, sleeping in other people's beds, and living out of suitcases. They still have three more months of this kind of living and I can see the toll its taken on him already.

I could see the strain, not just sense it.
And it's all because I said "Yes".

When he offered to visit in between his traveling from here to there, I felt love swell in my heart. I was thought of and loved. I was wanted to be seen. Just knowing this was enough of a gift, even if something happened and we couldn't coordinate schedules.


Our time together would only be a few hours, yet it was more than we would have if he didn't make an effort and if I didn't accept.

In our communicating back and forth about schedules, I considered that perhaps he had a bit of fear and anxiety in seeing me and maybe even in simply reaching out to me. I've been welcoming on so many occasions, and yet there've been others when I've kept the door sealed shut. Would I open it this time? What would be the condition of my heart?

I thought about what to do, wanting to make sure I didn't have expectations this time.

I wanted to fling the door wide open in love. I wanted to say, "Yes! Come!"

I wanted to connect.
I didn't want to think about the strain and the pain.

His second grandchild is expected to be born any week, or any day now, and I want him to meet the babe, and he will, someday. But that doesn't matter so much now. This was our time and I had a choice to accept and be grateful for what we were given. So I did.

After nearly six years apart, we had three hours together. Three precious hours.

Our boys interacted with each other as if they weren't strangers. I talked with his easy-to-be-with wife and got to know his now teenage college-bound daughter a bit. And though we hardly spoke to each other, I watched him from a distance as he played yard games with my groom and our sons. I saw him smile and laugh.

When he spoke, he was funny and reminded me of my groom's humor. I laughed a lot in those few hours and I imagine looking down on us, there were a lot of smiles.

Though we didn't exchange many words, we still connected.
We shared the human emotion of joy and thanks for the gift of togetherness.

As he drove away, I wished we had more time together and I figured that's a good thing. We didn't cry or make a big deal out of the holes that still remain in our wounded hearts. Our time together was lighthearted and not at all heavy or uncomfortable.

(Tween-age boy-men have this way of distracting a person from being so serious.)

I awoke the next day nearly two hours later than I'd been sleeping of late and was awake in the night much less frequently than has been typical in this, my ninth month of pregnancy. I awoke with memories of my father's smile and laughter, and my heart felt full.

This is what happened when I opened the door instead of keeping it shut tight.

Boundaries are good to an extent and then at some point, they're just not necessary anymore. I needed (and perhaps we both needed) some time and space apart for healing to really begin versus trying to make it be.

Forcing something usually ends up in even more brokenness.

I've seen this occur so many times on such a literal level. My groom reminded me of this when he and our son had set up the badminton net. He instructed Boy-Man to "slowly unravel the net and if it gets stuck, don't keep pulling . . . like you would usually do."

In opening the door, I saw another human.
We connected and it was good.

Our time together wasn't perfect, yet it many ways it was. It was so good -- rich and sweet. And I'm so glad I said "Yes! Come!"

I no longer wish for the idyllic relationship I thought I always wanted.

Now I see that what we've been given -- though crackly and gravely in nature -- has been a gift. We've grown and will continue to grow in ways we never could've if we didn't have this kind of story.

Acceptance is the greatest gift of all.

In opening the door I chose to accept another frail and faulty human, and the story that was perfectly scripted for us -- as it is.
Posted by arock4him at 9:41 AM